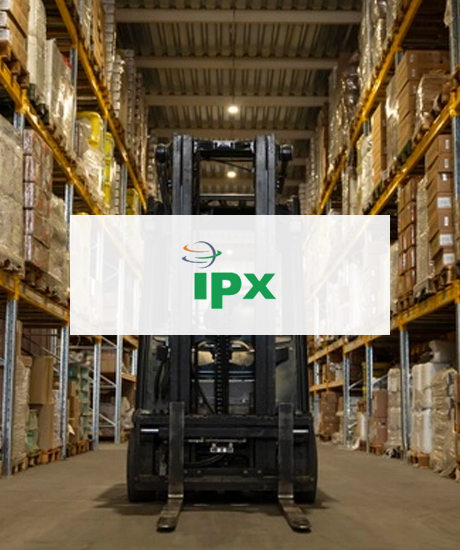 IPX provides state of the art Anixter and SAP Technology for Supply Chain Management. It uses the strengths of Program Management, Subject Matter Expertise for Fiber and Cabling, Advanced Software Integration and Computer Technology utilized over the last 30 years of IPX founder’s experience.

The IPX approach is tailored to the Broadband Technology Opportunities Program (ICBN). It provides for the efficient forward and reverse flow and storage of materials between suppliers and end users. We understand the products, specifications, and how logistics interfaces with the construction process. Unlike traditional “supplier only” companies, we provide an additional level of engineering expertise and project management. This expertise reduces the potential for logistics delay and impact to the ICBN construction. 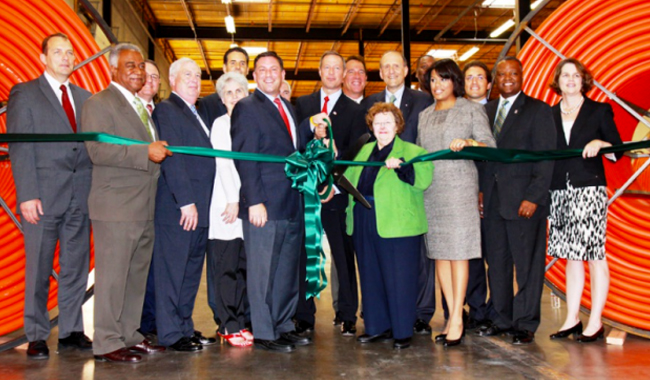 The warehouse is run by IPX of Rockville

Federal, state and local officials gathered in an Elkridge industrial park Monday morning to mark the opening of a key IPX Fiber Supply Hub for the Central Maryland portion of a $158 million statewide broadband network designed to link localities via fiber-optic cable.

“This is one of the most important things we can do for the Maryland economy,” U.S. Sen. Barbara A. Mikulski said, referring both to the estimated 1,800 construction jobs involved and the opportunities for private economic growth. Mikulski compared the significance of the hub’s opening — which will supply materials for the 1,300 miles of cable that must be laid by Sept. 1, 2013 — to an earlier moment in Maryland history. “This is the same power and the same impact as when the great B&O Railroad left Baltimore and headed west, one rail and one track at a time,” she said earlier.

Howard County Executive Ken Ulman, who organized the campaign to get the federal money and hosted the meetings, said estimates show that governments will save $28 million a year — money that would have been paid to telecommunications companies such as Verizon for government telephone and computer services.

Maryland, said Ulman and Lawrence Strickling, administrator of the National Telecommunications and Information Administration, is the only state in the nation to organize a broadband program using the federal money to link every one of its 24 jurisdictions. The statewide program is called the One Maryland Broadband Network. Gov. Martin O’Malley, just back from a trade mission to Asia, said the government role in building broadband is important for another reason. “The private sector by itself cannot do that,” he said. “Our job is to usher in the modern era.“

The warehouse is run by IPX of Rockville, which operates communications systems in Africa and the Middle East.

We're here to help! Feel free to contact us now.

We connect people and the enterprise simply anywhere with cost effective voice and data communications systems.